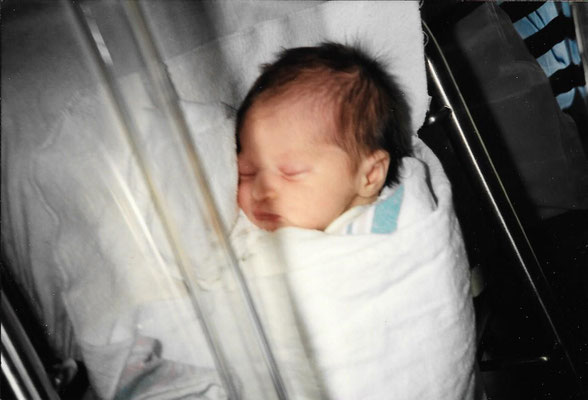 Martha Corey-Ochoa was born on April 6, 1994, in Manhattan, the only child of the writers Melinda Corey and George Ochoa. She was Ecuadorian on her father's side, Austrian, Slovak, and Ukrainian on her mother's. Martha lived in Brooklyn her first two years, then moved to Dobbs Ferry, New York, in 1996, where she lived all but the last day of her life.

A loving and playful child, she developed into a brilliant scholar; a prolific writer; a profound thinker; a fine violinist who composed her own sonata; a lover of books, mathematics, music, movies, and ballet; a generous volunteer; a devoted daughter and granddaughter; and a kind friend to many.

Starting on May 9, 2008, when she was fourteen, Martha's emotional life was dominated by a passionate love for Aleksei Petrovich Romanov, son of Tsar Peter the Great. Aleksei lived three centuries ago and was tortured to death by his father. Martha considered herself married to Aleksei, and, as his widow, at times wore only black. She taught herself Russian, in part so she could communicate with him in letters in her journals. She reached heights of ecstasy with Aleksei that alternated with periods of deep depression.

After Martha disclosed her secret love for Aleksei to her parents on June 3, 2009, a psychiatrist diagnosed her with an unspecified mood disorder with psychotic features that was likely to have been bipolar disorder. In 2010, she attempted suicide by drinking laundry detergent after an episode in which she was torn between her love for Aleksei and a living boy, Yihan. That resulted in her first hospitalization. In 2011, after reporting suicidal thoughts to a school counselor, she was hospitalized again. For the rest of her life, she was under the care of a psychiatrist and psychotherapist and under treatment with psychotropic drugs. Despite these efforts, and despite her feeling that her relationship with Aleksei had ended, she remained plagued with depression and persistent suicidal thoughts.

Throughout all these torments, Martha continued to excel in her academic studies, She attended the Center for Talented Youth (CTY) at Dickinson College in Carlisle, Pennsylvania, in the summers of 2007, 2008, and 2010. She graduated from Dobbs Ferry High School as valedictorian. Admitted to Columbia, she moved there on August 27, 2012, the first day of her college orientation, with the intention of majoring in English and Mathematics. That night, she jumped out the window of her fourteenth-floor dorm room and died. She lived eighteen years, four months, and twenty-one days.

Martha was raised Roman Catholic, spent a period attending Protestant churches, became an atheist, and in the last months of her life returned to Catholicism. She was fluent in at least five languages--English, Spanish, Russian, classical Greek, and Latin--and, at her death, was studying or planning to study Arabic, Persian, French, German, Turkish, Hebrew, and Ukrainian.

Her favorite book was Joseph Conrad's Heart of Darkness, favorite movie The Godfather, favorite game Monopoly, favorite classical music piece Hector Berlioz's Symphonie Fantastique, favorite ballet Pyotr Ilyich Tchaikovsky's Swan Lake, and favorite song "My Immortal" by Evanescence. Her favorite quotation, by which she lived and died, was from Shakespeare's Hamlet: "The readiness is all."